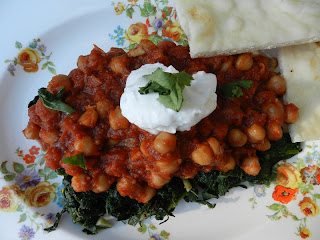 In the summer of 2011 Josilin was able to participate in a global village program for a month in Denmark.  When she was preparing to go we were worried about many things.  Would she be safe? Homesick? Lonely?  I never once considered: would she be hungry?  In recent years there have been multiple stories of what a food revolution is happening in Denmark, including the best restaurant in 2012 and 2011. The night before she left I offered to make any meal she wanted or take her out to any restaurant.  She chose to eat at home and the meal she wanted was this one.  Chana Masala has been a favourite of hers for years, so I was not that surprised she wanted this.  Leftovers pack nicely in her thermos for lunch and it can be made days in advance. 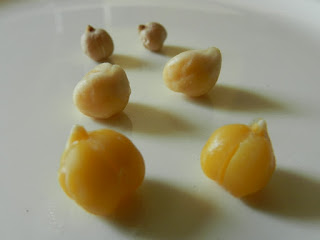 When Josilin returned from her trip she looked a little thinner than before she left.  We were so excited so hear about all her experiences, including the meals she ate.  Turns out the food revolution had not reached the small town in Denmark where she stayed.  For reasons we still don’t understand, it seems the serving sizes were quite small at the camp and most of the children lost weight.  In spite of this, she had an amazing time and is eager to travel to more countries in the future. 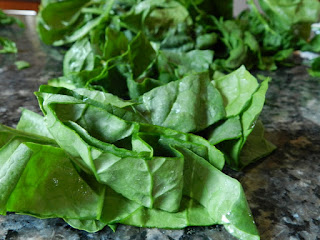 When we have a busy week planned I will often make on the weekend and tuck in the fridge.  The original recipe suggests it will taste better after a few days and I would have to agree.  The spinach is a nice addition, adding an earthy, spicy element.  Luke always eats his taco style with the naan bread.  I use a dried chickpea to start, but it is not necessary.  If you’re up for the extra step, dried beans are far creamier and lack the salty, metallic taste often found in canned varieties.  In the photo above, you can see the dried chickpea, the soaked chickpea and then the final cooked chickpea.  The transformation is a thing of beauty for me.  Enjoy!

adapted from Orangette
2 Tbsp olive oil
1 medium onion, coarsely chopped
2 medium cloves garlic, minced
1 tsp cumin powder
½ tsp ground coriander
¼ tsp ground cinnamon
1 tsp garam masala
3 cardamom pods, lightly crushed
1 28-ounce can crushed tomatoes
1 tsp kosher salt, or to taste
1 Tbs cilantro leaves, roughly torn, plus more for garnish
A pinch of cayenne, or to taste
4 cups cooked chickpeas or (2 15-ounce cans chickpeas, drained and rinsed)
In a large pot, coat with olive oil, and place the pan over medium heat. Add the onion, and cook, stirring frequently, until it is deeply caramelized and even charred in some spots, about 10min. The further you let it go, the more flavour the final dish will have.
Reduce the heat to low. Add the garlic, cumin, coriander, cinnamon, garam masala, and cardamom pods, and fry them, stirring constantly, until fragrant and toasty, about 30 seconds. Add ¼ cup water, and stir to scrape up any brown bits from the bottom of the pan. Cook until the water has evaporated away completely. Pour in the can of tomatoes, and add the salt.
Raise the heat to medium, and bring the pot to a boil. Reduce the heat to low, add the cilantro and cayenne, and simmer the sauce gently, stirring occasionally, until it reduces a bit and begins to thicken.  Add the chickpeas, stirring well, and cook over low heat for about fifteen minutes. Remove the cardomom pods before eating.  Serve over curried spinach and with naan bread or rice. 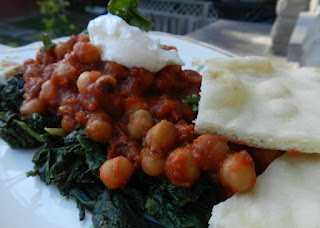