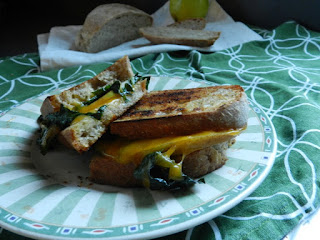 Don's been bugging me for awhile to have sandwiches for meals.  I was on a real roll with sandwiches earlier this year.  This is a common occurrence for me.  I make something several times with varying ingredients and then simply stop making it.  It doesn't really matter to me because I'm always moving on to the next ingredient or dish that is exciting and new.  Except that this practice means I'm probably missing out on some really good meals from my past.  I'm not sure why I moved away from the sandwiches,  because it's a really simple meal to pull together.  I suppose all I needed was a little nudge and perhaps a bit of inspiration.
﻿﻿ 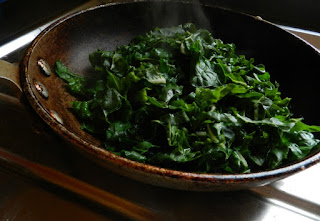 Last Saturday we were out of town for one of Luke's (many) hockey games.  We took another family along for the drive and when dropping them off the dad said, "hang on a minute."  He quickly ran out of his garage with a shovel into his backyard and returned with an armload full of Swiss chard.  He then ran in the house (did I mention he's a marathon runner?) and returned with 3 loaves of bread fresh from the market.  It was late afternoon and I had no idea what we would have for dinner.  Until that moment.
﻿﻿ 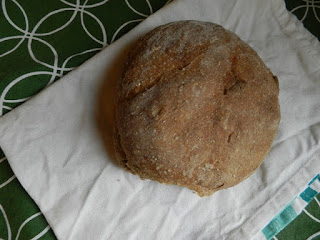 Grilled cheese are one of my least favourite sandwiches.  Probably way too many white wonder bread with plastic cheese slices in my childhood.  Adding some greens and fruit elevates this to a very grown up version.  The pear stays a little crunchy but its acidity is the perfect balance to the rich cheese and sauteed chard.   The whole meal came together in under 30 min and after a long day of driving and hockey watching, it was the perfect meal to come home.  I think I might even repeat it. 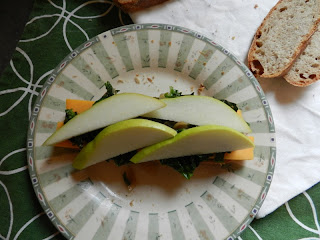 In a cast iron skillet, heat olive oil and add onion.  Cook on medium heat for about 5-10min, until onion is nicely browned.  (the longer you cook the onion, the more carmelized and sweeter it will become). Add chard and continue cooking for 5 min more, stirring frequently.  Remove from heat, reserve in a bowl and wipe skillet clean.
Butter the outside of bread and then top with a slice of cheddar, 1/2 pear slices and 1/3 cup chard mixture.  Place in a hot cast iron skillet and cover for 3-4min, until cheese is starting to melt.  Flip over and cook 3 min more.  Allow to sit 1-2 min before cutting and serving.  Enjoy! 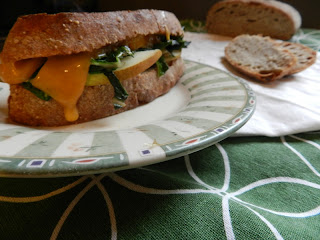