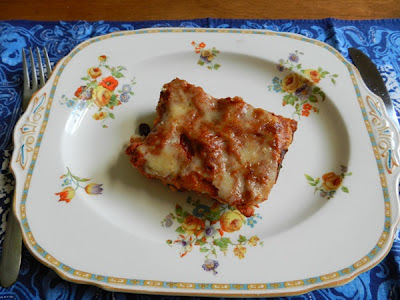 The name of this recipe is a little deceiving.  While it looks like a lasagne and the ingredients are layered in much the way a lasagne would be, the flavours are decidedly Mexican.  It reminded me a little of enchiladas, but way less work!  The ingredients can be assembled in under 30 min and you can then bake right away or put in your fridge/freezer for another time.  This is my favourite kind of dish because I can make it in advance and have it available for a meal when I get home from work.
Read more »
Posted by Unknown at 08:48 No comments: 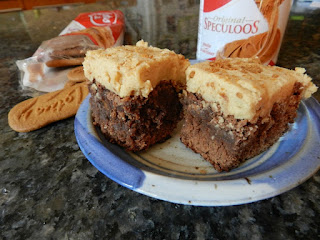 Earlier this year I had the absolute pleasure and privilege of travelling to Paris with my mom and daughter.  It was a trip of a lifetime full of many good times and good eats.  One morning not long after breakfast we were out strolling the streets.  Josilin declared she was hungry while I rolled my eyes and stated that she couldn’t possibly be already.  We found a small bakery and Jos selected a Speculoos Éclair for her mid morning snack.  I had not tried Speculoos before, but I knew from reading enough food magazines and blogs that this was a flavour not to be missed.  As I had already been an eye-rolling mom, I couldn’t in good conscience buy one for myself.  I asked Josilin for a small bite, “just to taste it” and immediately regretted I had not seized that opportunity and had one myself.  I thought we might end up with a three generation fist fight over the last bite of that éclair.  The memory of Speculoos has been with me since. 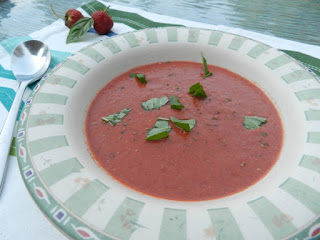 We have been enjoying our fair share of fresh Ontario strawberries from our favourite farm.  Bowlfuls of juicy red berries and many batches of freezer jam have been made.  I've got a real love of savoury ingredients in my desserts which led me to think about something sweet in a savoury dish.  We enjoyed this cold soup on a hot evening with a strawberry and leek grilled cheese. 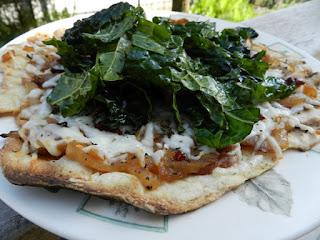 I have figured out the secret to a happy marriage: agreeing on pizza toppings.  Think about it.  What meal do you eat more in your adult life than any other?  Pizza.  Loving the same one makes for far less arguments about what the pizza will have on it this time.  Both Don and I love our crust super thin and crunchy off the grill. Thankfully, he has also come to appreciate a good veggie version when it comes to toppings.   Pizza on the BBQ is one of our family's summertime favourites.  The kids love to make the dough and open "pizza store" where each person chooses their own toppings. 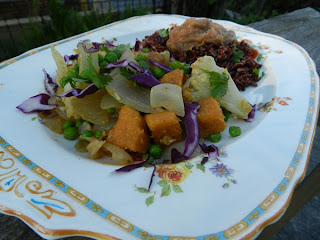 I've been single parenting for two weeks now.  Don's out of town on business and so it's just me and the two darlings.  ﻿Whenever this happens, I am forever in awe of the real single moms out there.  It is a huge job they take on every day.  I have been so exhausted with him absent and my desire to step into the kitchen wanes.  We will be thrilled to see Don return this weekend, but in the meantime I still want to eat good, wholesome food. Finding the time to make such a meal required a little more creativity than usual.
Read more »
Posted by Unknown at 18:29 2 comments: 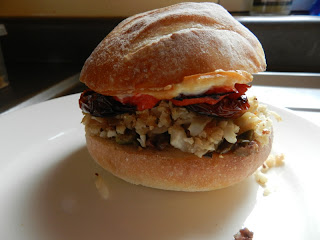 You are going to have to just trust me with this sandwich.  While all the ingredients may seem a little wacky, the combination is absolutely fantastic. THIS is the sandwich you pull out when having guests for a quick lunch date.  It would also make a great substitute for a vegetarian at your next burger BBQ.  Even better, most of it can be made in advance so you can easily pull the sandwich together with guests present.
Read more »
Posted by Unknown at 19:32 No comments: