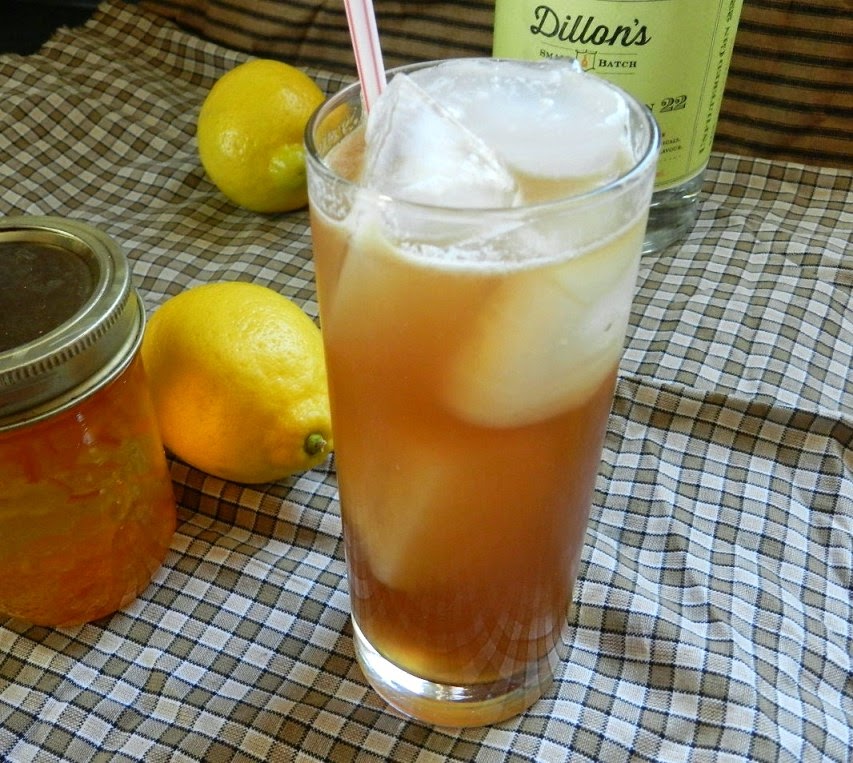 We've been talking for years about starting a dinner club.  A night in with other couples, filled with great food and hopefully great company.  Between young kids and a shift working husband, it just never came together: until now.  We hosted three other couples recently for the inaugural event and I must say, I don't know what took us so long.  The plan is for each couple to host once a year.  The catch?  The entire menu must come from the most current issue of Food and Drink.
Read more »
Posted by Unknown at 07:10 No comments: 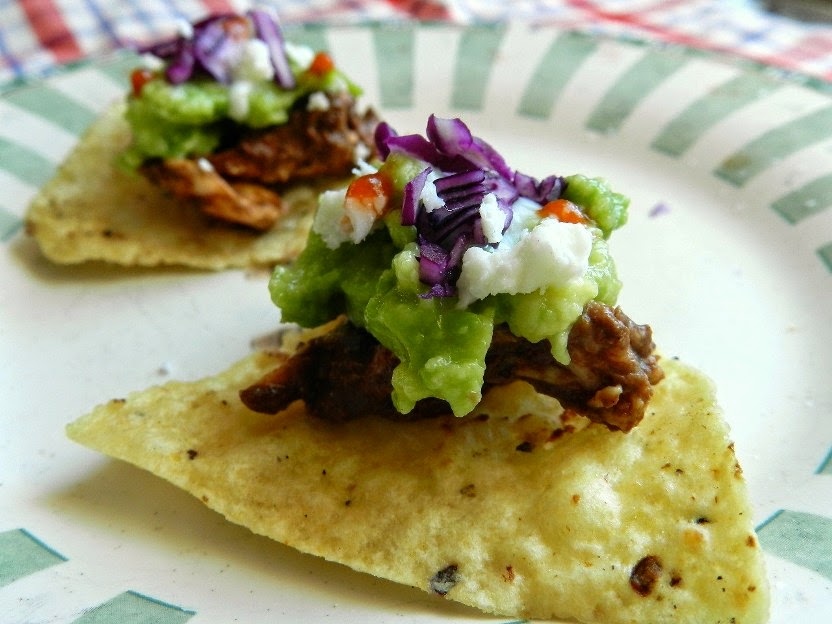 Luke came home from school excited to tell us about an upcoming project in Social Studies.  He would be assigned a partner, and they would be assigned a country.  Once given the country, they would complete research and create an Imovie presentation.  The finale would include a feast of food made from each country around the world.  Did I just hear ethnic food served at school?  My smile widened and questions came pouring out: who would be his partner? did they get to pick their country? what country would he want? Luke rolled his eyes and asked that I be patient, as he knew none of those answers yet. Everyday he came home I would ask: do you have a country yet?  The answer was always no and eventually, he explained that it was in fact his project, not mine (ouch).
Read more »
Posted by Unknown at 06:37 1 comment: 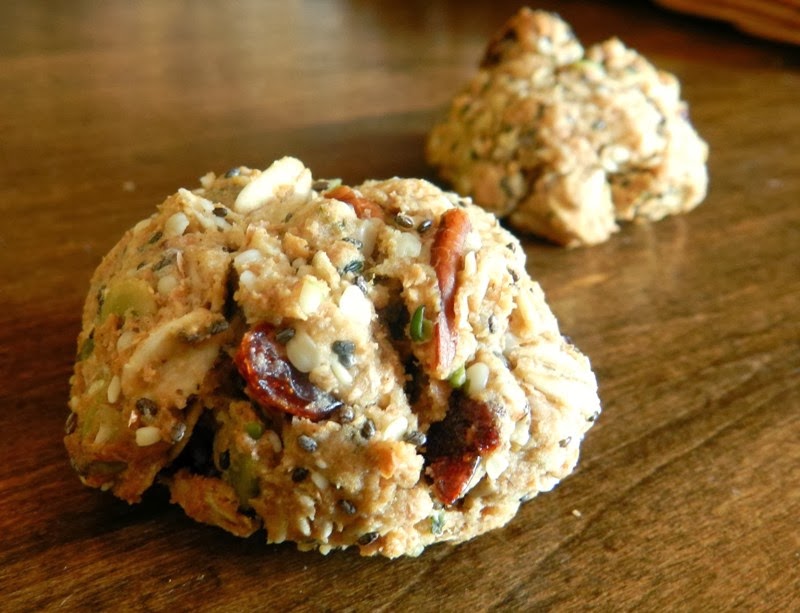 A couple months ago I started a new job, although still with the same employer, it is a different role for a year.  It was one of those opportunities that land on your lap and you'd be crazy to turn it down.  The role I was in already was a satisfying one, so leaving it was a tough choice.  Colleagues I loved, work that challenged me, coupled the ability to go home everyday, leaving work behind me.  Leaving that comfort behind was scary at first, but I've quickly settled into my new role.
Read more »
Posted by Unknown at 13:14 No comments: 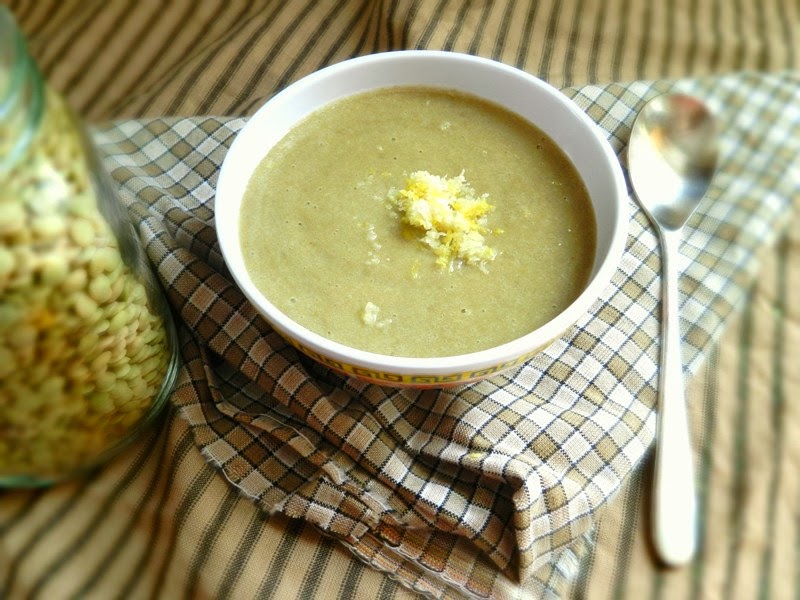 It's Soup Group 2014 and my contribution this year is a Green Lentil, Horseradish, Apple Soup.  What it lacks in beauty (ever tried to photograph a bowl of brown mush?), it makes up for in taste.  The horseradish was a surprising ingredient for me to include.  Prior to the soup, my only experience has been served alongside roast beef.  And in that instance, I disliked it greatly.  Thankfully, a friend made this soup for me to try a few years ago and only out of politeness did I eat it.  Shocked at how tasty it was, I'm a convert now.

White Bean, Grain and Dill Salad in a Jar 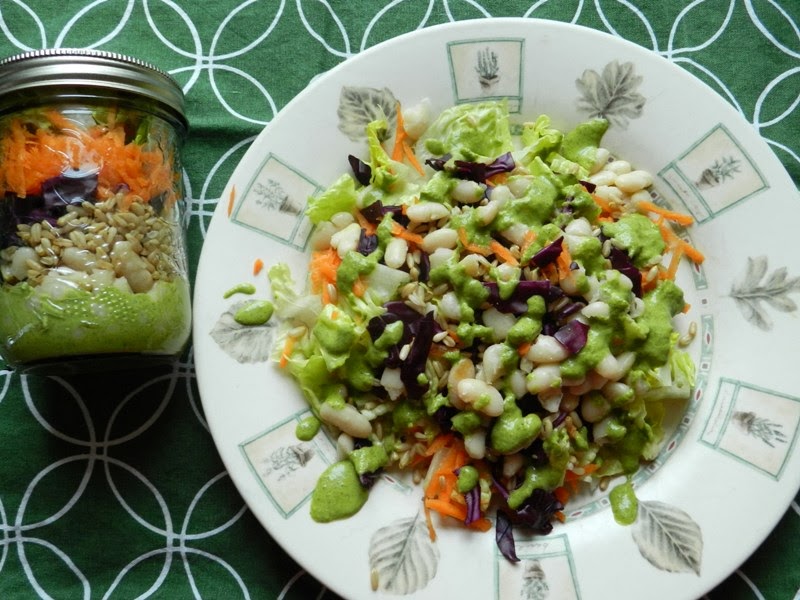 I'm super late to the salad in a jar party, of this I am sure.  As someone who keeps a small kitchen in my cupboard at work, the need to pack every little bit of a meal into a jar was never necessary.  The genius of it that I missed was how it could be made for days in a advance and never lose its freshness.  In fact, those little bits in the bottom so close to the dressing?  They're marinating in goodness making the salad even better on day two or three.  How could I have been so wrong.
Read more »
Posted by Unknown at 15:44 No comments: 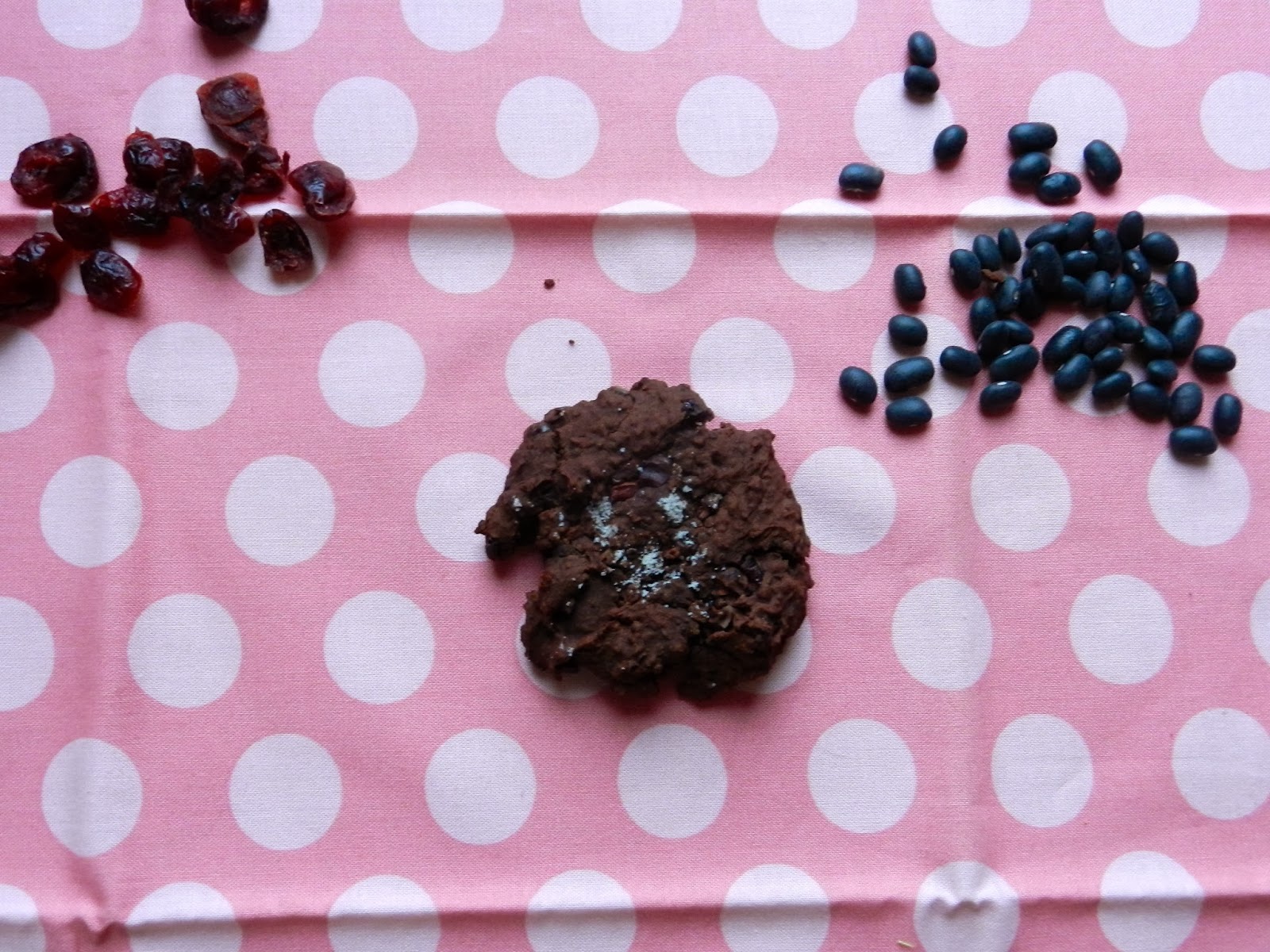 It's almost Valentine's Day and this might be our best one yet.  Don and I have never celebrated this silly holiday.  Perhaps because we were married a mere six days past the 14th, we have both passed on giving gifts or celebrating any sort of romantic notions.  Having kids changed this game plan a little, as the school system is quick to embrace the Valentine's culture.  For years we have made cards and chocolate dipped strawberries to share with classmates.  It's fun, but often a mad rush to have them completed in time. 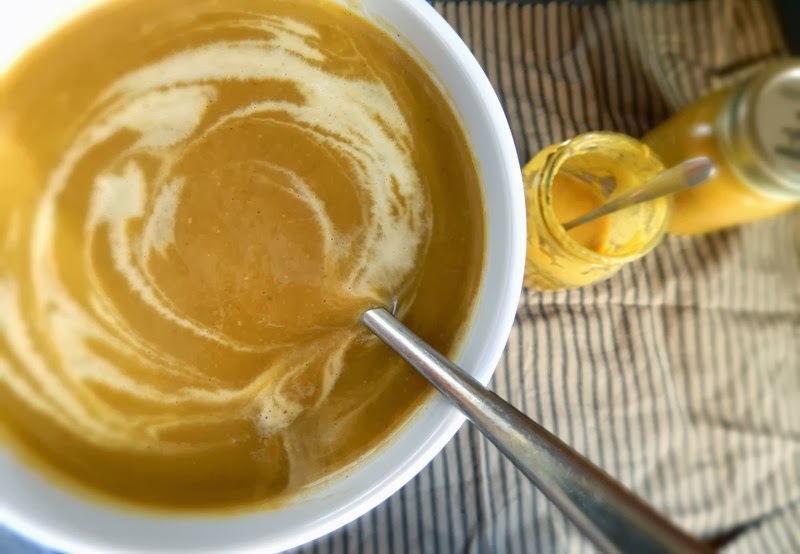 In February of 1998, I went to an Oscars party at the Hard Rock Cafe with some coworkers.  It was the first time I watched all the nominated films in advance.  I wanted to look like I knew what I was talking about.  When I ran out of people to watch movies with, I started seeing the films on my own.  What a revelation that was!  Movies could be enjoyed by yourself.  I was young and hadn't sorted out my own comfort or interests.  It was the beginning of something very special.  It helped that the films nominated that year were relatively mainstream: Titanic, Good Will Hunting, L.A. Confidential, As Good As It Gets and The Full Monty. We're gearing up for Superbowl Sunday, how about you?  Three of us are big football fans, so the game itself is almost as exciting as the food being served.  I almost didn't get to host a party this year, if Luke had his way.  We offered to let him have some friends over for the big game, but I could sense some reluctance on his part.  After some further questioning he admitted his concern, "mom, you don't know how to cook food for a Superbowl.  It's too healthy." 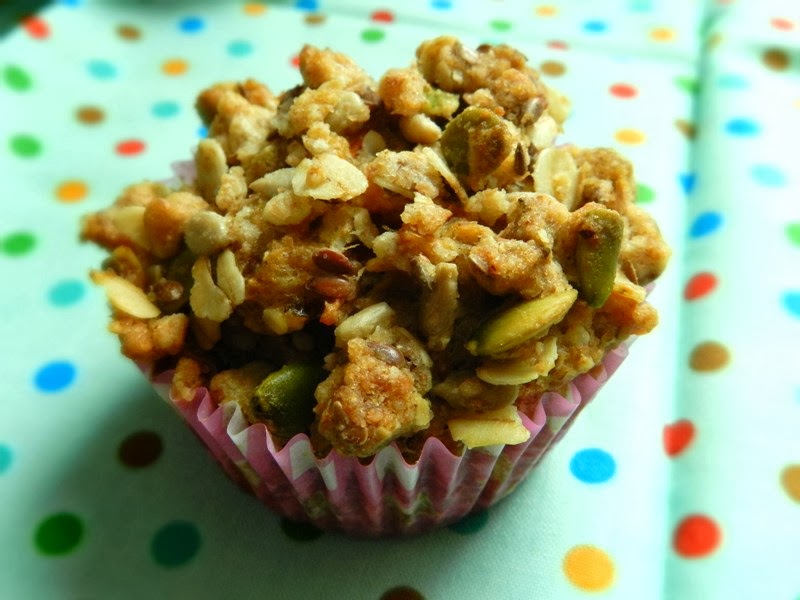 I'm kinda obsessed with this muffin.  I've made these three times in the last two weeks and shared them with almost everyone I know.  The ingredient list is longer than your average muffin, but worth the extra time and effort.  Sweetened with maple syrup, full of whole grains, fruits, vegetables, nuts and seeds, it's a healthy one too.  The original recipe used double the sugar and while I have made that version, I prefer them more wholesome and less dessert category. 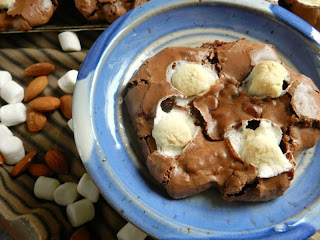 All this healthy January eating is coming to a slow grind as our schedule fills with many activities. Grabbing a quick meal on the road or snacks to get us through a hockey game has started to increase.  As someone who is usually far better prepared, it's cringe worthy when these stops happen.  I don't judge others who need or want to make those choices, it's a personal one for sure.   It's a quiet day at home today and I intend to spend it in the kitchen catching up on meals and snacks that need to be made and those that I've been wanting to make. 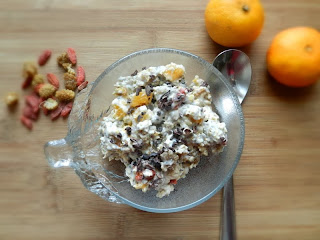 Wow, that's a lot of snow that fell outside our home this week.  Winter is in full force and it makes me want to just stay inside, build a fire and bake all day long.  The kids' dreams of a snow day were realized and they were able to delay the return to school by two days.  Thankfully I had done a big grocery shop this week before the snow fell.  We've been doing bits and pieces of the Bon Appetit's Food Lover's Cleanse this New Year  which came with its own shopping list. 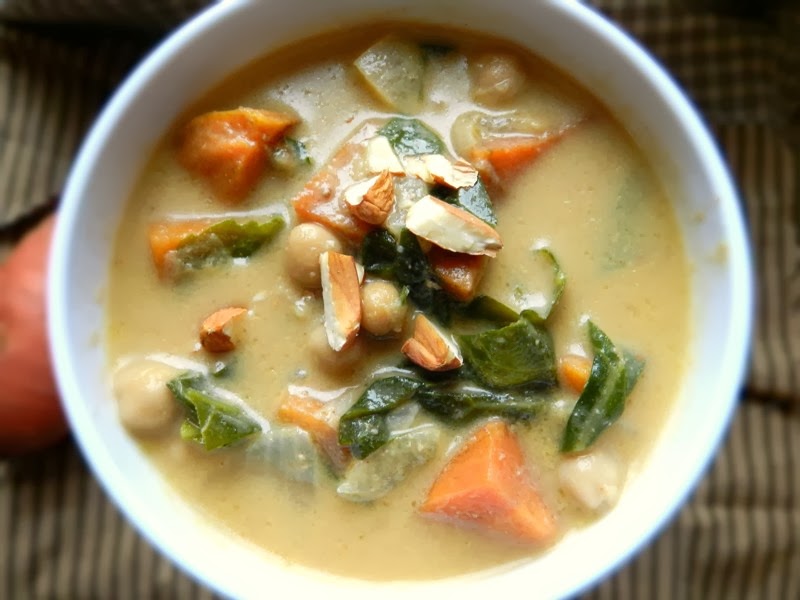 Happy New Year everyone!  It's been a great start to 2014 here at our home and I hope it's the same wherever you are. The Best of 2013 lists of being going on for sometime now throughout all kinds of media and it's hard not to feel completely saturated. I could never pick my favourites of 2013, so I'll let your page views do the talking.  Here are the top 5 posts from Kale Eats this year. Starting with  #5:Almond Sweet Potato Chickpea and Greens Soup.  A healthy protein rich soup, this is quite timely if you're doing any sort of January detox or diet.  Posted in January of 2013, I suspect that exactly what I was doing at that time.
Read more »
Posted by Unknown at 17:54 1 comment: