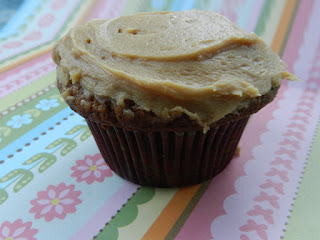 For several years our family has been building elaborate gingerbread houses.  There is a local contest we enter and the kids love this family tradition.  Each year a theme is released and we custom build our structure around that theme.  This year the theme is “Christmas Carols” which is much better than some of the past ideas. We’ve built homes for Disney Christmas, Tropical Christmas and Santa’s workshop.  None of these were particularly fun from my perspective because it limited our creativity. Other times we have done Christmas around the world and Christmas movies; both of which were really fun. 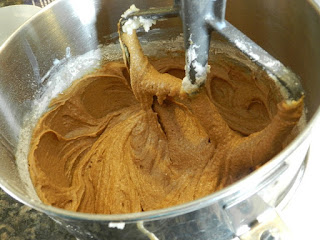 This year Jos announced that she wanted to enter the kids category instead of our usual family category.  Although I was initially unsure, I realized allowing her to make her own house likely meant less work for me.  Perfect!  She invited a friend over for a play date to start building.  They worked collaboratively with wisdom and grace beyond their years.  I was feeling like a genius.  Right up until Luke and his friend said, “hey, we want to make one too.”  So now, instead of one gingerbread house, there are two being built in our home.  And my children?  They are pitted against each other in a competition we had previously used as a family bonding activity. Perhaps I’m not such a clever mom after all. 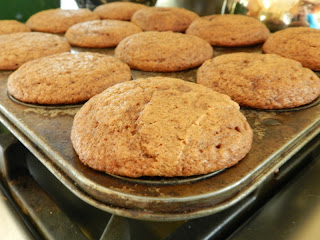 You’d think with the copious amounts of gingerbread being baked in my home for the two structures I’d be sick of these flavours.  The funny thing about gingerbread house building is that you rarely eat it.  Plastered with royal icing to make cement-like glue that holds it all together, it’s really not too tempting.  I made these cupcakes for a colleague’s birthday at work.  They were a big hit with the crowd and would make a perfect Christmas party dessert.  The spices are strong but balanced by the sweet dulce de leche frosting.  Don tried one without the frosting and declared they were a delicious muffin.  He's not real big on sweets so I wasn't surprised he thought it was better without sugary frosting. 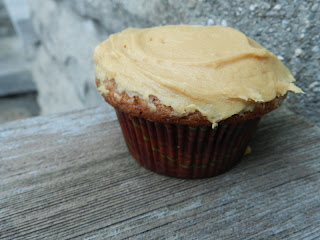 At first glance co-workers thought they were chocolate cupcakes with a peanut butter frosting.  Looks of disappointment surfaced when I gently let them know it was a gingerbread cupcake.  Of course in the aftermath, those were the same people who sought me out to let me know, “those cupcakes are even better than peanut butter and chocolate!” 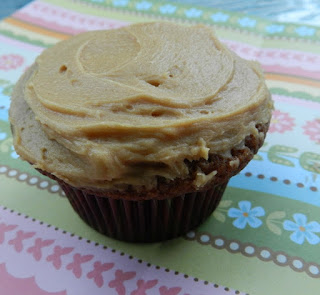