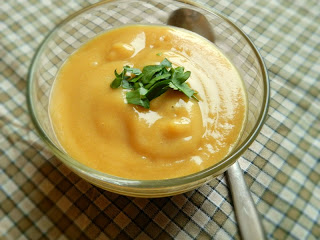 I am a fan of the underdog.  Whether you're the formerly homeless NFL player, the first openly gay premier or a visible minority on a reality show- I've got your back.  I'm not sure when this fascination started, but it's been a long standing part of my personality.  In my twenties it was actually a friend who pointed it out to me.  We were watching Survivor and she said, "don't tell me who you're cheering for.  I know already.. it's the African American girl."  (It was).   Most days my hopes and dreams for the little guy comes in handy in my line of work.  I worry about people's lives and advocate when I think they can't do it for themselves. 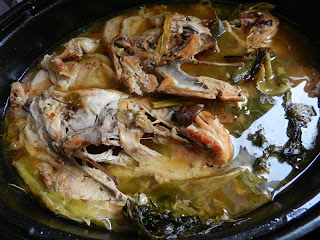 I kinda feel the same way about vegetables.  Yep, you heard me right.  There are veggies out there that are underdogs.  Left behind in the grocery store, snubbed at the farmers market.  I'm talking about kohlrabi, celeriac, beets and Don's favourite: rutabaga.  If you've never tried a vegetable I'm desperate to get you to try it.  Collard greens and Swiss chard are a favourite to surprise guests with.  It's like everyone (and every vegetable) deserves a chance and I'm the one to bring it to them. 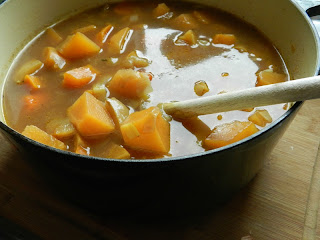 The idea for this soup was to try something I had never seen or heard of before.  Don loves rutabaga and I wondered whether it could be used in a soup. The concept was to be reminiscent of a turkey feast without the thousand calories.  I used a homemade chicken stock, made from roasted chicken backs and veggies. You could use a vegetable broth to keep this vegetarian, but I think you'll lose a little of the richness. The rutabaga sweetness was teased out a little with apple and sweet potato.  You might not even realize what the vegetables are in the soup, just that it is a comforting bowl of wonderful.  Jos has been taking this on her lunch all week and declares it is delicious as long as you add salt.  What do you think?  Why not give the unloved rutabaga a try! 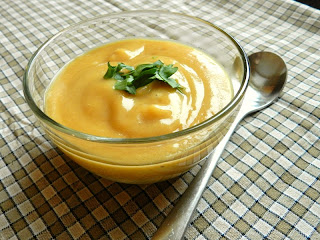 In a large pot, saute leek and onion in olive oil over medium heat for about 5min until softened.  Add vegetables, broth and apples and bring to a boil.  Lower heat and simmer until all veggies are tender.  About 30 min.  Remove from heat and puree in blender.  Season with salt/pepper.  Enjoy!
Posted by Unknown at 20:40