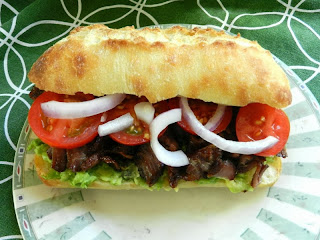 You're a blog reader.  Me too. It's been a habit of mine for years.  Long before I wrote my own and definitely before most people did the same, I was a die hard. Most of them about food, almost all of them healthy vegetable focused and the majority you probably read too.  I don't need to tell you how great Smitten Kitchen, Sprouted Kitchen or 101cookbooks are; they're wildly popular.  Finding ones that are a bit off the beaten track are often far more entertaining.  I love to unwind at the end of the day with some mindless superficial reading before falling asleep.  Possible menu items are explored and often interwoven between personal stories that let me feel connected to those favourite writers.  Check out the heading "Blogs I Follow" to the right to see what keeps me up at night. 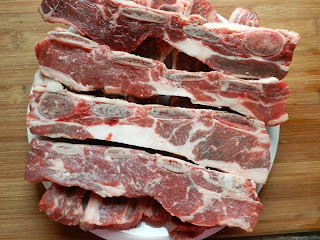 I started reading Battle of the Bites a few years ago after crossing paths with the writer at a Recipe to Riches audition.  I'm not going to lie; my first impression was not a kind one.  Fate had us clumped in the same group of contestants and I (wrongly) judged who she might be based on the plunging neckline of her dress. Don't get me wrong, she looked goregeous in it and perhaps it was my own insecurity that dismissed any potential connection. It's hard to believe I could have been so thoughtless and unkind, but the truth is the truth and I know that's the thoughts that went through my mind. 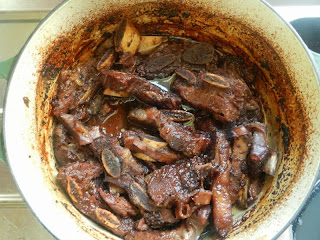 Going through the audition process lent itself to plenty of social media chatter after the actual day in Toronto.  You quickly figured out who people were and what food they had brought from their Twitter and FB feeds.  I started noticing thoughtful comments from Gillian and clicked on her profile, which led me to her blog.  I couldn't have been more wrong.  What a lesson in judging people by their appearance.  Preach these things all day long to my kids and here I was guilty of such behaviour.  There is less food on that blog these days and more about her personal journey, which is fine by me.  It's a reminder for me to push my own creativity and to never settle for what's comfortable just because it's easier.  I love her youth and her raw emotion.  It's an inspiration to see someone willing to expose such a personal journey.  Not sure you'll see anything that profound on these pages, but I would recommend you head on over there to see what it's all about. 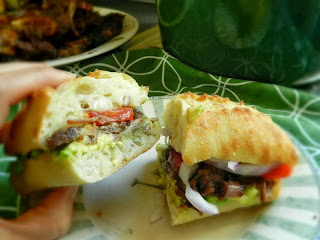 We've been making these sandwiches quite a bit this fall.  At first glance it may seem a strange Kale Eats recipe (and an ironic one to post when talking about the very healthy, gluten free Gillian), but you're going to have to trust me.  Fat marbled beef on a crusty white bun?  Friends, don't let the appearance fool you! Although the beef takes quite a bit of time to make, once that parts done it's a quick assembly.  My trick is to make the beef in advance and have it at the ready in the fridge where it can be quickly warmed up. We've used this beef as a filling in taquitos and tacos too.  Salty and sweet it's mildly addictive and very tasty. 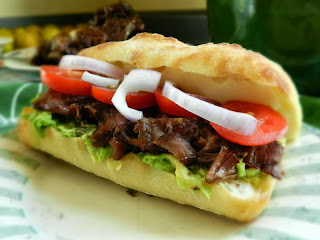