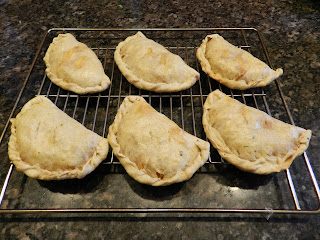 As word spread that my Recipe to Riches journey had landed me in the top 5 in my category, so did the requests to try the product.  Many offers were made from people to purchase the pies, but I really had no interest in making a profit from these.  Creating dishes has always been about the exploring and the first taste - not mass production!  For one time only, I decided to make the hand pies to give away, while asking friends to make a donation to a worthy cause.

Our friend G has been employed in Haiti for the last couple years with a government agency.  In his spare time he volunteers at an orphanage there.  Over the years we have raised funds through various means to send to them.  The orphanage was destroyed in the hurricane and the children continue living in tents.  The woman who oversees the orphanage is 84 years old and according to G, a true saint.  I couldn't think of a better cause to support by making hand pies.

The requests came in faster and larger than we ever expected.  I quickly assembled my sous-chef crew (Don and Josilin) and took on the task of making over 200 hand pies.  One of the things I was worried about had I been successful on R2R was the task of making large batches of the product.  I questioned whether I would have the stamina or work ethic to see it through.

Well, I'm here to tell you- we did it!  Without an industrial kitchen or a crew of trained professionals, we made our hand pies with love.   Making such a large scale number of hand pies was a great reminder of why I am not employed in a culinary career.  Now if I could ever get a job in recipe creation.. that would be a dream! 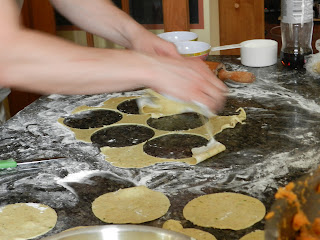 Until then, I'll keep creating in the kitchen at home and pleasing the palates of my family.  And who knows, maybe we'll land on something that really will get me through to the top three next time. 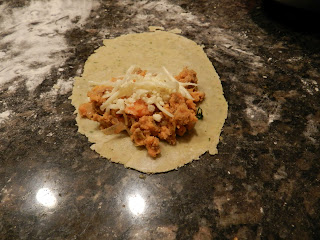 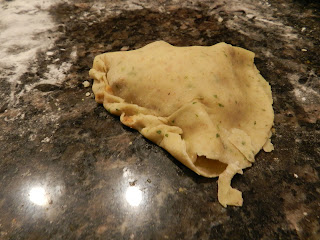 To make the pastry: In a food processor blend the 3 flours.  Add the butter cut in cubes and pulse 4-5 times.  Add the lime zest and cilantro.  In a small cup mix water, 1 egg and lime juice.  With processor running, slowly add liquid to flours and run until a ball forms.  Remove ball of dough and flatten into disk.  Wrap and refrigerate approximately one hour.