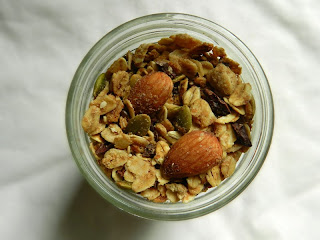 When Jos and Luke were younger they had a babysitter everyday after school.  For years, sweet Sophia walked home with my guys in rain, snow, hail, bitter cold and unbearable heat.  Over time she started to feel like part of our family.  Driving her home each day I would hear about what was going on in her life and most days, that meant talking about food.  Twelve years old when she started as our sitter, but her kitchen skills were far beyond many adults I've known.  We traded recipes and restaurant reviews even if I was more than twice her age.  She'd tell me what she made for dinner the day before and what she hoped to make the next time she cooked.  We'd talk about food magazines or the leftovers she noticed in my fridge.  She loved seeing our gingerbread houses being built every year and tasting any baking left out for snacks. 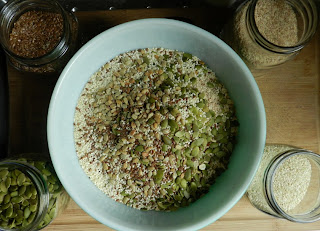 Sometimes I would come home from work and she would be midway through some culinary delight with the kids.  Of course they baked cookies.  But they also roasted red peppers, had blind taste tests of different foods and tried to recreate restaurant favourites.  Her eyes would light up when she asked permission to use different ingredients at our house.  "I noticed you have agave in the cupboard.  Do you mind if I taste it?  Can we bake with it?"  A girl after my own heart.  In the summertime she would take care of our kids for the day.  I could leave any cooking instructions and know that she was fully capable of following through.  Her mom described it as "the touch".  As in if Sophia touched, it was going to taste good. 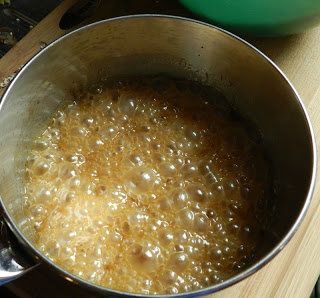 When Jos turned twelve, we knew our Sophia days were coming to an end.  It was bittersweet to see my own little girl old enough to take the helm of after school care. No longer would I have to rush home from work to get to the sitter in time.  I wouldn't need to have the exact change in cash to pay her or worry if Luke was being miserable with her again.   But no longer would I hear about the wonderful aspirations of a young woman full of promise AND great recipes. Watching her grow from a nervous twelve year old to a thriving young woman was such a privilege.  It provided an opportunity for me to know what was in store in the years to come with Jos.  We run into her sometimes in town and both kids are thrilled to see her.  Time passes on and the connection becomes less and less.  Ahh, but the memories linger.  She gave me a bag of raw cacao nibs as a gift once.  I think she bought them and didn't like it; I'm not sure.  I was thrilled to add it to our pantry and it's been a staple ever since.  I had never tasted it before and was excited to give it a try.  Even though her bag is long gone, whenever I use cacao I think of her.  I hope she's in her kitchen baking up something great and still has the touch.  I have no doubt she does. 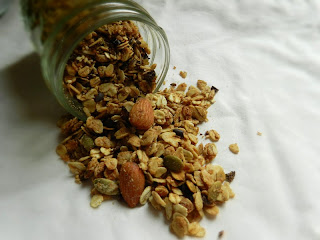 Preheat oven to 325degrees.  Grease a large roasting pan with butter.
In a large bowl, mix together oats, seeds, nuts, and spices.
In a medium saucepan combine the maple syrup, sugar, butter and Chai concentrate.  Bring to a full boil and allow to boil for about 3min.  Pour wet ingredients into dry and stir to mix completely.  You will need to work fast.  Pour into greased roasting pan and bake 30-40min until toasted brown; stirring every 10min.  Remove from heat and add cacao nibs.  Allow to cool completely.
Posted by Unknown at 19:14